Miguel Ángel de Vicente, the deputy of Culture, Youth and Sports, José María Bravo, accompanied by Pedro Sanz de La Herradura Theater, before going on to give details about the dates and the representations that will occupy this twenty-second edition of the Sample, they stopped praising the work of the groups that every year manage to make this program a success, bringing more than three hundred spectators on average to the seats of the most important cultural space in the province.

"It is impossible to understand the autumn season of the Theater without the Sample," said De Vicente, for whom "these companies, designed, initially, to meet a need for leisure and entertainment themselves, have gradually become cultural drivers of the province, getting a maximum expectation among its neighbors and those of other municipalities every time they climb the tables, not only of Juan Bravo, but of any other scenario in the province or even outside of Segovia's geography. ”

In total, on this twenty-second Sample birthday, there will be fifteen amateur theater groups in the province that will prepare their stage design at Juan Bravo, being just one of them, Hypokritai, made up of professors and students from the Andrés Laguna Institute, the only rookie . It will also be the only formation that will dare to present a classic play: 'La paz', by Aristophanes, with which the author of 'La Lisístrata' made fun of his contemporaries, having, therefore, laughter , as the main weapon in the script.

And it is that the comedy will once again be holy and a sign of most of the works represented in a calendar that will extend from the 31 of October to the 28 of November with performances on Thursdays, Fridays, Saturdays and Sundays. It will be Ponte a la Cola, the group led by the young Sergio Mínguez, one of the most prolific authors in the province today, in charge of breaking the ice on October 31 with a work of his own creation, 'Do I do it? Do you say or tell me? ', which will be followed by the November 1' Fallen from the Sky 'by Paloma Pedrero, played by Las Magas. Both will be the only companies that repeat on the tables of the Juan Bravo Theater in this edition of the Exhibition, going back up the day 9 with 'The cat on the roof of hot zinc' of Tennessee Williams (Get to the Tail) and the day 14 with 'Si brief lo bueno ...', written by Las Magas' own components.

The Provincial Theater Show, which will once again have an affordable entry price for any pocket, 4 euros being the price of the single ticket and 9 euros of the ticket For three functions, the November 28 will conclude with the Mandala Teatro group representing 'La Herencia', a work by its director, Ana Mayo.

As they were in charge of remembering Miguel Ángel de Vicente and José María Bravo, all the functions begin at 20: 30 hours and, as with the rest of the shows that take place within the Juan Bravo Theater's own program, the residents of the province are offered the possibility of forming groups of at least 25 people to travel to the auditorium for free on a bus provided by the Provincial Council. 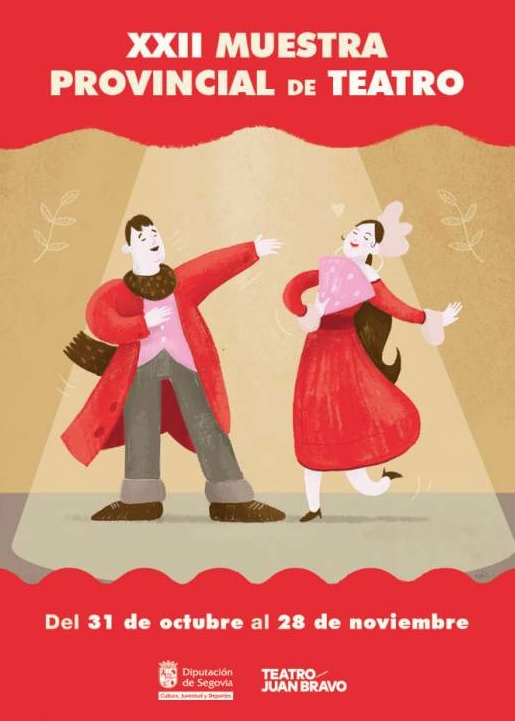 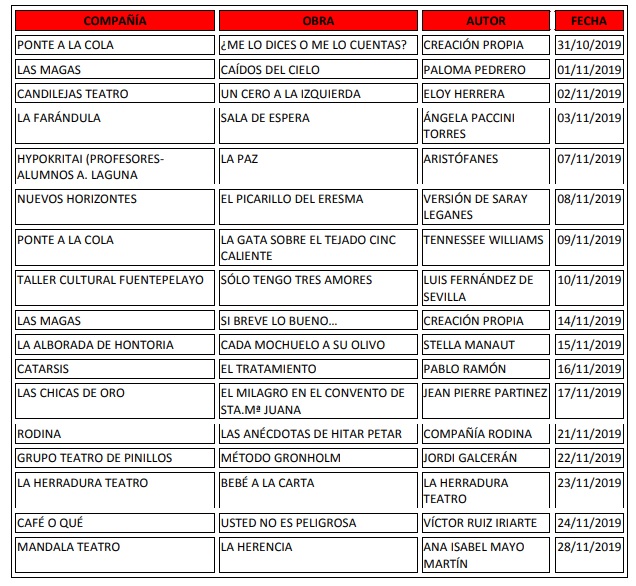