it will be one of the dynamic elements in our villages, not

only for its involvement in the recovery and dissemination of culture

musical, but also for constituting a meeting and meeting point for the members of these groups.

The sociocultural work of these musical groups in the

key for which an activity has been maintained for 12 years

which is already a reference for the cultural programming of the municipalities of the province.

The different cultural and social centers of the towns that

they schedule the concerts are filled, during the fall, with different

Folklore notes not only from Segovia, but also from

other places, pleasing all kinds of audiences.

The collaboration of the municipalities with the Provincial Council

and the implication of the formations that meet in “Autumns with

pulse ”has made it possible for this activity to be consolidated

as one of the indisputable cultural events in the calendar of

I think the programming included here will be liked by

all Segovians, well, although the cycle is limited to performances

in 28 municipalities, these concerts can be attended by all those

People who love this type of music. 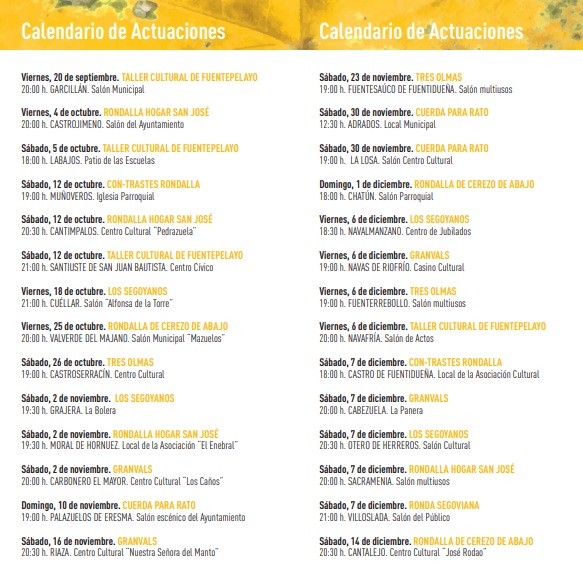