The exhibition, which ends in Segovia after passing through León, Valladolid, Soria, Burgos and Palencia, takes a tour of many of the armed conflicts of today. The exhibition can be visited in the Public Library (Procuradores de la Tierra Street, 6) between the 5 and the November 28 of 2019.

The suffering caused by wars reaches the civilian population in a differentiated way, among which this sample has women as protagonists. The images show mothers who have lost their children or, what is worse, who are still missing, mothers who have seen their homes destroyed, burned and looted, young people suffering from post-traumatic stress and who are hardly going to recover their health. mentally, populations discriminated against for being indigenous and doomed to poverty and social exclusion, adolescents sold as sex slaves and victims of rape as a weapon of war, girls forced to dress according to the codes dictated by religion, or women who decided to take sides as combatants by one of the sides. In short, a tour of 15 countries that continue in war or are still suffering its consequences.

The exhibition “Women in conflict”, which will open to the public next Tuesday, November 5, at 10'30 hours, is organized in collaboration by the Jesús Pereda Foundation of CCOO of Castilla y León, by the Junta de Castilla y León and by Caja Rural. Ignacio Fernández Herrero, President of the Foundation, will take part in the inauguration.

JM López is a freelance photographer specializing in documenting conflicts and injustices in the world. He worked 11 for years in the newspaper La Crónica de León and, subsequently, as a freelance he has covered the wars in Syria, Iraq, South Sudan, Somalia and Ukraine for several news agencies, mainly for Agence France-Press, but also for European Pressphoto Agency, Associated Press and Sipa USA. His photographs have been published in media such as The New York Times, The Guardian, The Telegraph, The Times, Le Monde, Libération, Der Siegel, Stern, L'Espresso, La Repubblica, El País, El Mundo and La Vanguardia, among others . He has also received numerous awards, such as the Fujifilm Euro Press Photo Awards at 2003, the UNICEF Photo of the Year Award and the ANI Pix Palace at 2011 or the International Photography Awards at 2013. 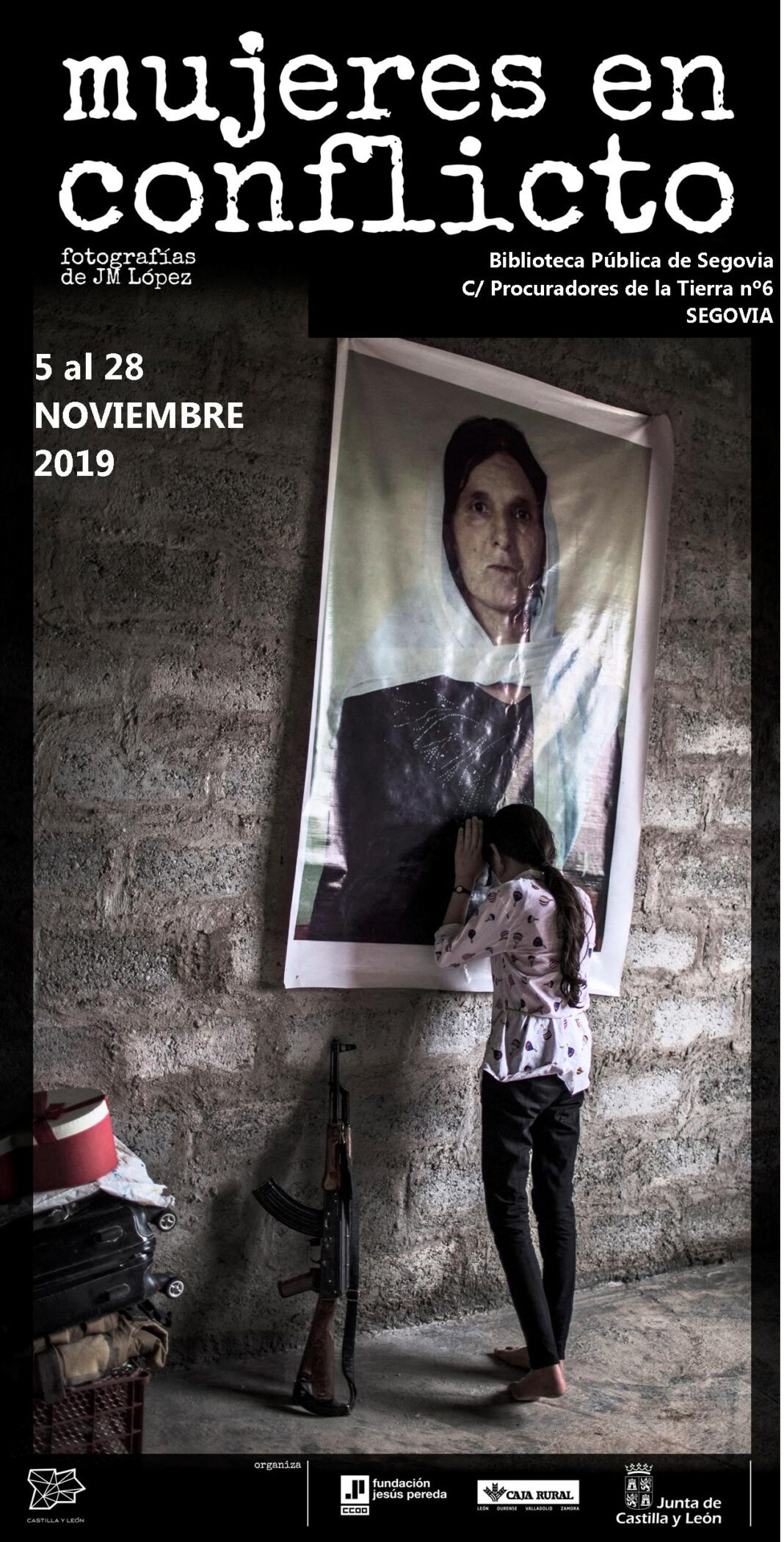