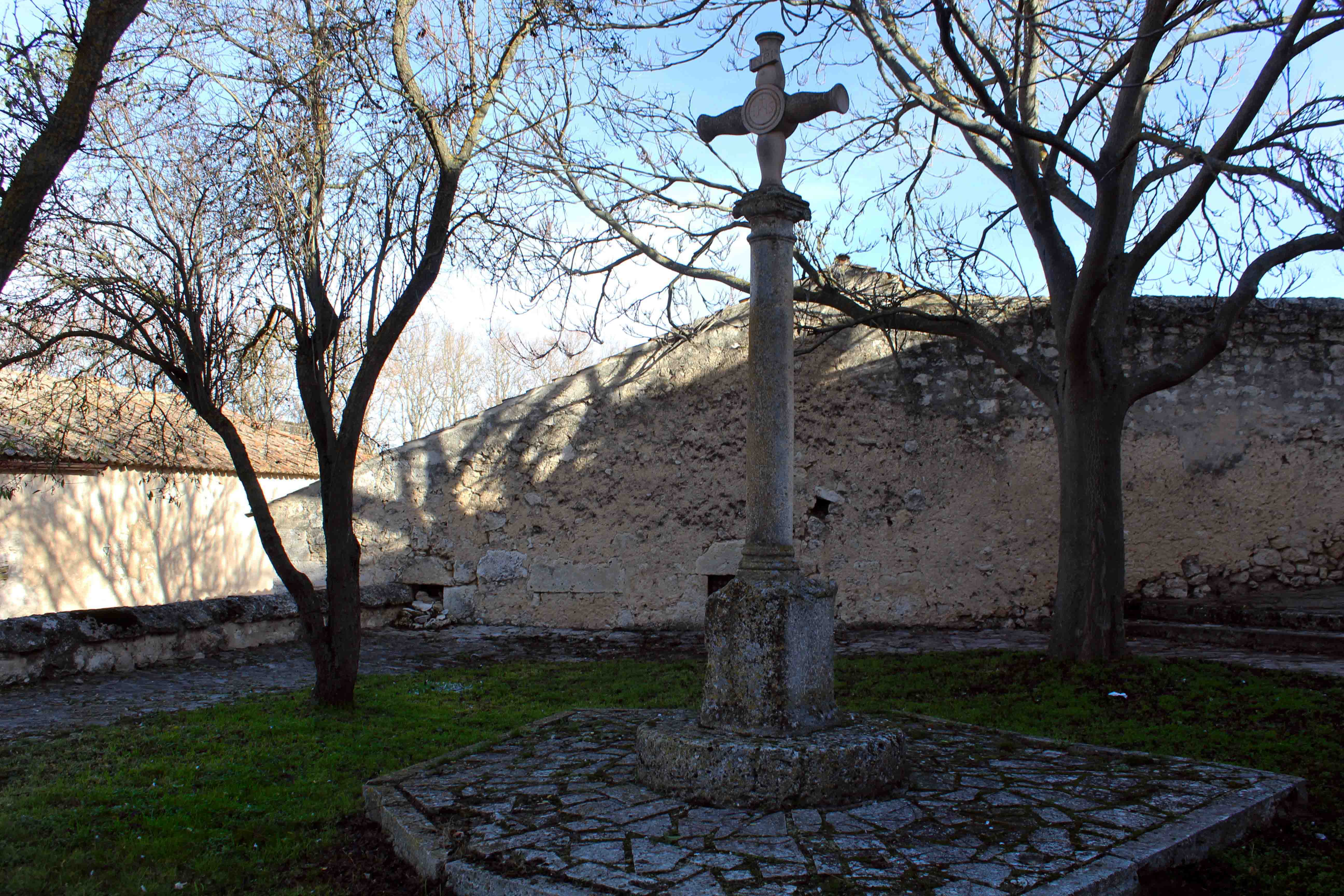 In this small town of some inhabitants, it belongs to the community of Villa y Tierra de Fuentidueña, it is located 30 km from the town of Cuéllar and 9 km from Fuentidueña.

It has a mixture of Romanesque, Gothic, and Baroque styles; It is made up of two naves, a central one and a lateral one, possibly the church was made up of 3 naves, but the reform came to a standstill, on one of the sides, the Romanesque façade is preserved, with decorated capitals, we can also see remains of this style in the corbels. Inside we find the baroque vaults, the altarpiece of the main altar which has 3 streets, in the other nave is the altarpiece of the Virgin of Rosario, which is dated in the s. XVI, and where a carving from the s. XII. Behind the altarpiece the polychrome is preserved, in one of it the figure of Saint Francis can be seen. Visitable during hours of worship.

Next to the church a cross, very typical in the community of Villa y Tierra de Fuentidueña, which in the lower part represents the roll of justice.

House of the s. XVIII. It is a large stone ashlar mansion. Today it is preserved as it was created, it is made up of wineries and a press. Today it is a particular winery, it cannot be visited, its owners also run the winery of the San Francisco convent in Peñafiel. As a characteristic, this place was joined to the church through the head of the church, it is said that this way this important family could access to listen to mass.

Today it is in ruins, it barely conserves its walls.

In the town next to the mill we find on the road to Peñafiel a laundry which preserves the rubbing boards, this is next to the fountain of the 4 pipes.

Other items of interest

In this area we find some mills today most of them have either been lost or are private property, one of them is next to the laundry rooms.

On the Peñafiel road, you can still see the water inletAlso, if we continue along the road that goes to Laguna de Contreras, on a path that goes to the right that goes to the Vivar de Fuentidueña we find another of the mills that today are private property.

Another of the typical elements is the Viacrucis, which is located near a natural spring on the high street 1 km.

Even if we take a walk around town we can see the typical houses which has a winery in its lower part, if they did not have it outside the house dug into a hill, all encouraged by the importance of wine in this entire area.

In the village there is a playground next to the river, with courts and tables as well as an ideal area to take a bath.

Along this road was also the spring of the blackthorn font nowadays it is difficult to find.

But throughout the town there are more natural sources such as Louse fountain, located on the road that goes to Membibre de la Hoz, along the high street.

Route of the Valley of the Hoz (Hiking)

It starts from Aldeasoña and reaches Membibre de la Hoz, it is known as the path of the valley of the Hoz, it is about 6 km. Every year the inhabitants of both towns enhance the path and have lunch in the next town. Download the brochure here!,

It starts from the El Parque bar, and reaches the mill that we referred to earlier, which is private property, following the stream of La Hoz 1 km, it is a linear route that is not signposted.

Route of the Washers (BTT)  Download the map of the route here!