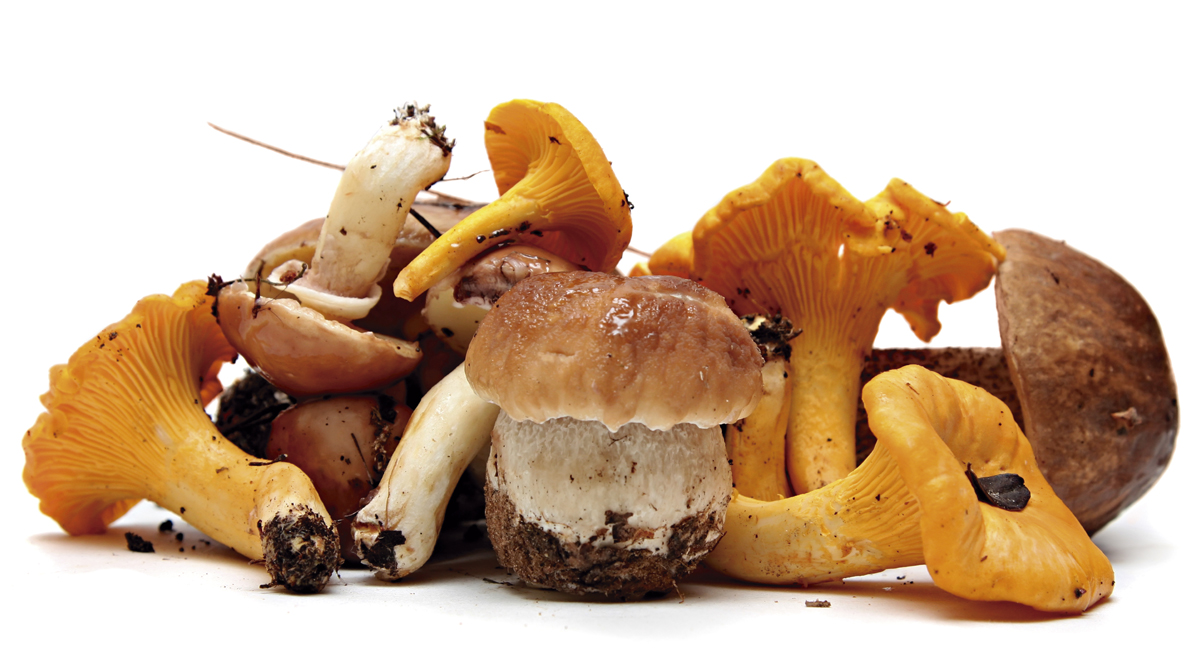 Gastronomy has been and continues to be one of the greatest attractions of the province of Segovia, as well as the world-renowned centennial restaurants and inns that are frequented by intellectuals, artists, politicians, athletes ...

It is an industry that offers us products of the best quality, with a remarkable growth in recent years. Within the preparations of the pig, due to the famous massacres, today is a traditional festival in many municipalities of our province, you get many products such as loin, sausage and hams, not forgetting the chorizo, so famous in the province PGI (Protected Geographical Indication) Chorizo ​​de Cantimpalos and blood sausages, usual product of the slaughter.

All these high quality items have extended their products internationally.

The cheeses of Segovia are still not very well known despite their good quality. In our province, good cheeses of cow, sheep and goat are made, fresh and cured. Some of them have been recognized with important international awards.

Do not forget the good quality of the mushrooms, their abundance and variety that each fall are collected in the forests and pine forests of Segovia. Mycological species such as the níscalo, tickets or the mushroom among others. With them, recipes of traditional cuisine and imaginative new dishes are highly recommended.

The orchard of Segovia produces extraordinary legumes: the lentils of Armuña, the chickpea from the fertile and famous lands of Valseca, the beans and the jealousy of La Granja de San Ildefonso, one of the most characteristic products of the gastronomy of Segovia. Other products of the Segovian orchard with great projection are leeks, carrots, chicory, beets, potatoes, tomatoes, peas and strawberries, especially those grown in the region of El Carracillo. On the other hand, highlights the cultivation of chicory, being the town of Cuéllar as the largest producer in the country. We highlight the great national prestige of Vallelado garlic.

Segovia has been very important as a crossing of ravines and strings, and has had a great splendor as a center for shearing and making cloth.

Roast preparations such as roasted suckling pig or suckling pig, the firmest pillars of Segovian gastronomy, are famous.

"Ruta del Cordero Asado" is one of the arteries of the gastronomic tourism of our province, which goes from Segovia capital to its wonderful villages such as Torrecaballeros, Turégano, Pedraza, Sepúlveda, Cuellar, Sacramenia, Riaza, Coca ... all of them the lamb is the star dish. The suckling lamb of Segovia has to meet certain very demanding requirements. To ensure that these requirements are met, the Quality Mark of the suckling lamb of Segovia, Segolechal has been created. Like the suckling pig, raised on specific farms, dedicated entirely to its production. Its weight ranges between 4,5 and 6,5 kg, and its age will not exceed three weeks, and must be marked with the Guarantee Mark on one of its ears. In February, 2002 achieved quality protection under the "Cochinillo de Segovia" Warranty Mark. The first quality brand in the province of Segovia.

Segovian restaurants also offer excellent beef and veal. The offer is completed with small game products such as hares, rabbits, partridges, pigeons and poultry such as chicken and duck raised with natural products. There is also big game, such as wild boar and we also have other meats such as Ox and Venado, which are presented in culinary days dedicated to this specialty, accompanied by tasty wines. These first quality products have led to the emergence of new companies in the culinary sector such as the preparation of precooked foods, which are consumed throughout the Spanish geography and exported to many countries. These can be lamb and suckling pig, capon, pularda, duck and poultry.

Segovia does not have its own fishery, since in our mountain rivers near the summits there is only the exquisite trout, of great quality and finesse in the areas of Navafría and Valsaín, but unfortunately, today this natural product is very scarce, and than resorting to fish farms. However, the Segovian restaurants have different kinds of fish (hake, turbot, cod, sole, sea bass, sea bream, emperor ...) supplied daily, as well as seafood, specialty of several establishments.

Do not miss the exquisite sweets that are prepared in the land of Segovia. The most famous is the punch, which with the name of "Ponche de Segovia" of creamy interior and roasted marzipan, is made in all the workplaces. It is also recommended to taste the donuts, yolks, sweets of a convent, florones, soplillos, blinds, fried milk, crackling cake ... and the Delights of Cuellar, which have won the Artisanal Food of Castilla y León. In addition to the elaborated desserts, at the end of the summer you can taste wild fruits like blackberries or delicious raspberries that are grown around Segovia.

In the province 3 can be distinguished large areas of wine importance:

The wines covered by the Land of Castilla y León Wines are those made with the grapes that come from the municipalities of the region.

Another emblematic image of Segovia is La Castellana anise, a liquor that has been produced for more than one hundred years. More recently in Palazuelos de Eresma began to manufacture whiskey, which is marketed under the brand Whiskey DYC. Then there is "Bravo", a drink that represents the city of Segovia, a premium liquor based on the essence of the Segovian punch, dessert that bears the typical Segovian menu and the Artisan Liqueurs Los Pinares that are made in the Segovian town of Samboal within the region "Tierra de Pinares".

At the foot of the Sierra de Guadarrama, Bezoya mineral water is packaged.

They are delicious beers made in a traditional way, friendly, natural and excellent, using raw materials and quality equipment, produced as close as possible to our environment.